I’ll never forget the one and only time I made the mistake of not listening to my mother’s warning of “Say that again, and I’ll wash your mouth out with soap.” I had been practicing asserting my “maturity” in language by using certain curse words. I was asked repeatedly to stop and didn’t heed the warning. Yes, she actually washed my mouth, and rest assured I learned my lesson. Soap leaves a terrible taste, not unlike the words I was using. 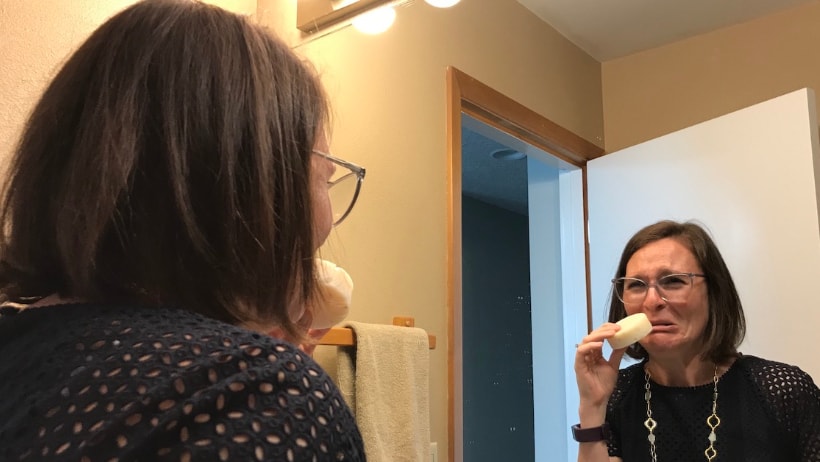 I’m not advocating this antiquated consequence, but engaging our senses in symbolism and to understand how our actions might affect others is powerful. Think of how we eat bitter herbs on Passover to remember the bitterness of Egypt. On the happier side, think of the candy thrown and eaten to taste the sweetness of a simcha.

The Torah is full of reminders of ways in which we might physically experience our missteps or cruel actions. One of the most prominent stories of “eating your words” comes out of this week’s Torah portion, Parshat Naso. This section of text is one of the longest in the Torah. In it we read of the different roles of the chiefs of the tribes, the number of Israelites in the army, and the ways in which the camp deals with those who are “other.” We also receive the blessing of the kohanim (the priests) and the laws of the Nazirite.

Also within the words of the text is the story of the Sotah. The Sotah is the woman suspected of betraying her husband, and it involves a strange and somewhat demeaning ritual. The man is to bring his wife forward, and she is put through a series of rituals that include eating barley flour (the flour used for animals), drinking the water of bitterness, and the “loosening” of her hair. Once the woman drinks the potion, if she has betrayed her husband she will show physical signs of change. If not, her body will remain unharmed.

This is a pretty severe take on washing out your mouth, with waters of bitterness matching the bitterness of the situation. It’s similar to when Moses made the Israelite camp drink the ground-up powdered Golden Calf after that bitter incident, a part of the story not as well known.

We might not agree with the severity of these examples from the Bible, but the overarching idea is true. Things that involve more of our senses stick with us. From those certain smells that take you back to your grandmother’s kitchen, to the way you can pick up a musical instrument after many years and still play a song, our senses define our experiences. The more you involve your whole being in anything – Judaism included – the stronger your emotional ties will be.

Source: Washing Your Mouth Out with Soap (And Other Weird Punishments in the Torah)